Menu
Get a free appraisal 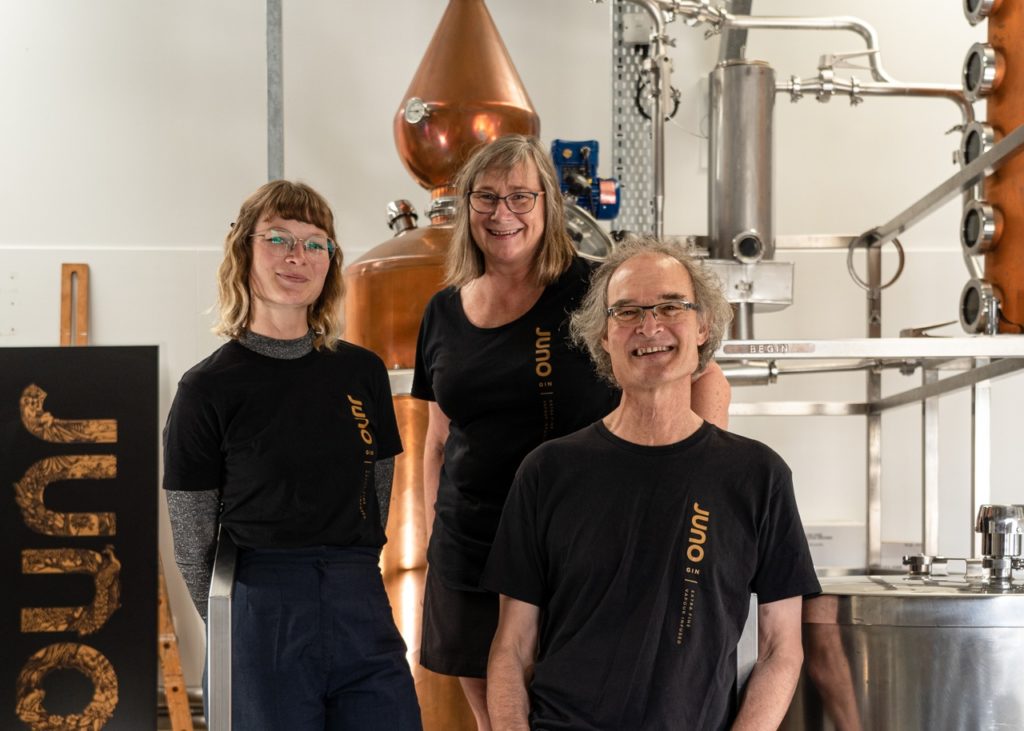 BeGin Distillery, most known for their international award-winning Juno Gin, is a shining example of a company that has an impact across the full value chain, creating economic benefits that extend beyond the craft spirits industry in our region.

Encouraged by BeGin Distillery’s determination to use local ingredients, along with the land and climate suitability in Taranaki to grow these botanicals, and the rapid growth of the craft spirits industry, both in New Zealand and beyond, the Branching Out project has identified gin botanicals as a venture with potential.

Last year we caught up with Dave and Jo James, owners of BeGin Distillery who shared details about their approach with us.

Returning to Taranaki in 2016, and establishing there was a growing international market for gin, the couple decided to begin their own gin journey, but one
that offered something different to the plethora of international brands on the market.

“We wanted to use local ingredients, ingredients grown here and around New Zealand,” says Jo.

“Not many international gin distilleries are really responding to seasonal changes and reflecting on that provenance of time and place. Whereas here was the opportunity to plant botanicals and grow supply chains and other industries alongside our own.”

They quickly found that Taranaki not only offered the pure, clear water and fertile soils required for their unique product, but it was also rich in business and community networks, collaboration and co-operation, and the skills to help their business seed and grow.

“The big advantage of Taranaki is the connections – people know people, who know people,” says Dave.

“Our accountant introduced us to the person who provides our water, and our insurance agent introduced us to the person who is now growing our orris root. We met a valuable business development contact through a guy renting out a property, and from her husband we were put in touch with the guys from Rivet, who built our still – the largest spun dome copper still in New Zealand.”

Rivet recently completed their sixth still installation, and this is a growing area of their business.

And even their waste has an impact. “From the design phase of the still to what happens after the gin has been enjoyed, we have always focused on waste reduction,” said the James’.

“By-products from distillation go to other industries as an ingredient – the spent juniper goes to a chocolatier, the other botanicals become compost, and the still water goes to a brewery and becomes beer.”

This February BeGin Distillery will be opening their doors to a new facility with a cellar door, gin tastings and distillery tours. The expanded facility will allow them to continue their contract distilling and R&D work for other brands and industries.

The distillery currently employs 4 people, with this number expected to double later this year as a direct result of the expansion.

The James’ estimate, since they started in 2016, that their economic impact for the region exceeds $1.6 million. This doesn’t include staff wages and salaries or the large number of local organisations they work with, which Jo and Dave have coined the “Juno Effect”.

Later this year a gin botanicals blueprint will be released to inspire further detailed investigations by investors, enterprises, and entrepreneurs.

Based on Taranaki’s median sale price, traditional real estate agents charge around $26,725. It comes as no surprise that sellers are unhappy paying such high commissions, and we agree it’s unnecessary. Arizto found flaws in the way traditional real estate is performed and created a better solution for Kiwis. From New Plymouth to Stratford to Hawera and everywhere in between, get started by requesting a free appraisal to find out how much your Taranaki property is worth.
Get a free appraisal

What is a buyers market?

How to decide whether to DIY or hire professionals

Get a free appraisal